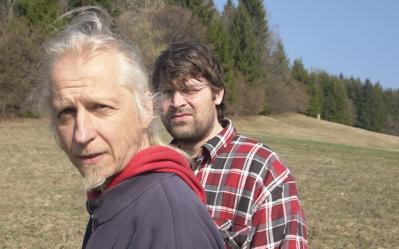 Together with Andy Wildbone and me, we wrote a couple of songs and compiled them by labeling them “Man And Mountain”. Most of the songs were country-music oriented, although we did a couple of songs that absolutely didn´t fit into that genre. Those songs were never really released, but we´re thinking about it 😉

In the meantime Andy on drums and me on guitar joined Sol´s and Anita´s band supernachmittag. On some days we also perform some MaM songs there, because Sol sung a couple of them on our album and it really fits perfectly!